Every summer my grandparents would pack up their 31-foot Airstream trailer and head from Chicago to the Crescent Lake Camp Ground near the Boundary Waters area of northern Minnesota to assume their roles as Camp Ground Hosts. 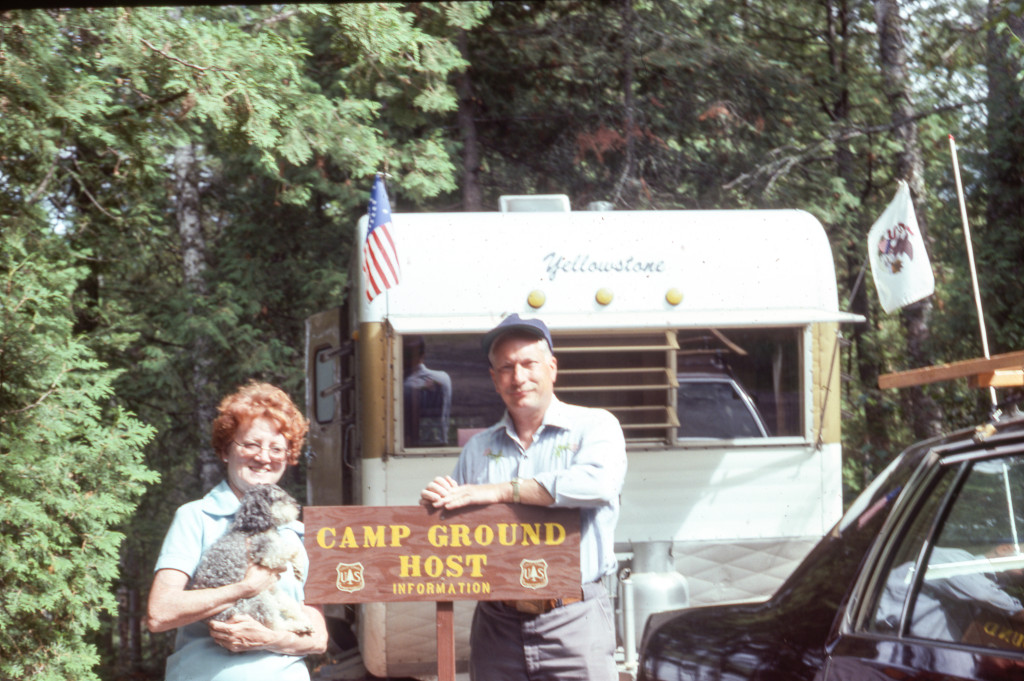 They would spend the summer collecting camp ground fees, maintaining the water pumps, and making sure bears stayed out of the garbage cans—an often unsuccessful errand. 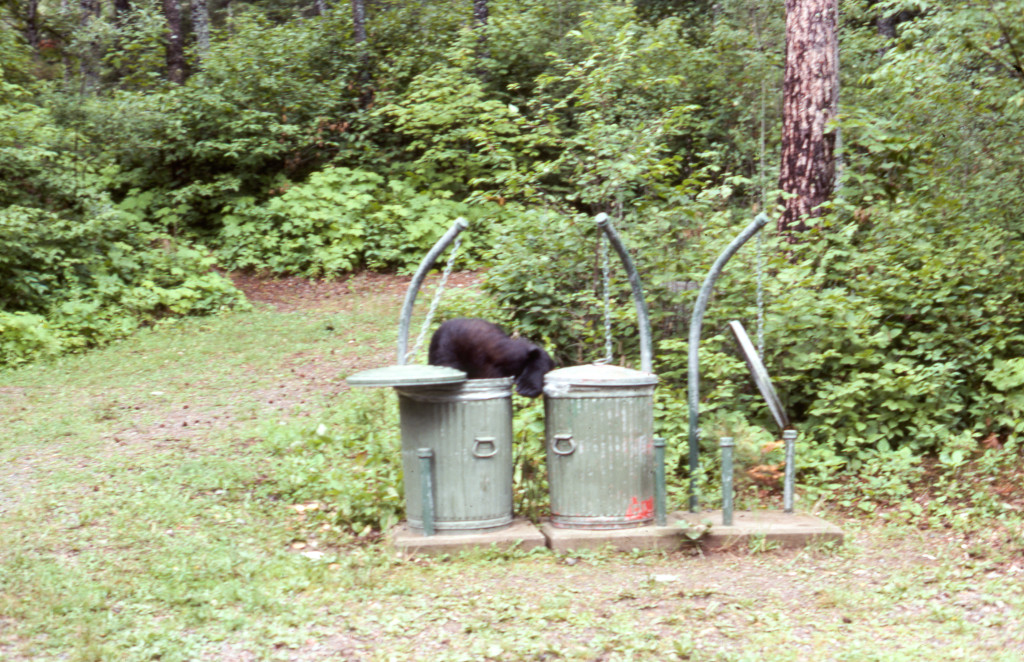 A Brown Bear finds lunch in the garbage.

Oftentimes my brother and I would visit them for a few weeks during the summer, spending our time fishing, hiking, and picking blueberries and raspberries so that my grandma could turn them into jam. We’d head out on to the lake in the afternoon to catch our dinner. My grandfather would clean the fish (a rather disgusting task to a five year old) and my grandmother would toss some potatoes in the fire pit. We’d have dinner and then roast marshmallows under the most beautiful star-filled sky I’ve ever seen. At night we’d hear coyotes as we fell asleep.

My grandfather liked to take us on hikes in the woods and often times we’d stumble on wildlife. He would tell us to be quiet so as not to disturb the animals and he would quickly get out his camera. Whenever we came across a moose we were extra quiet because, mind you, moose bites can be very nasty. 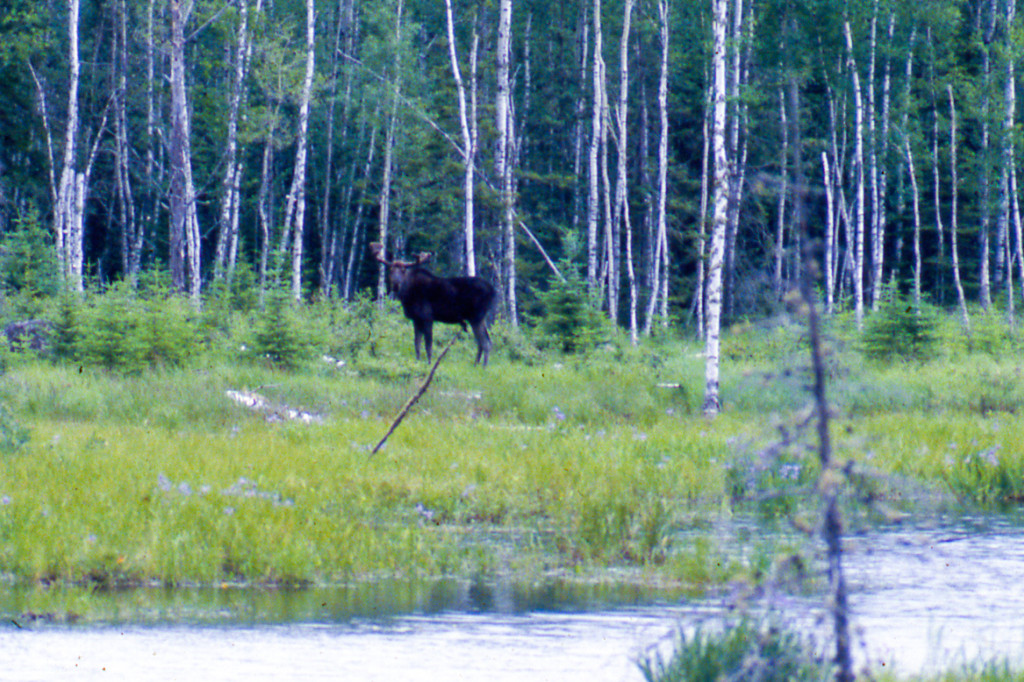 After spending so much time in Minnesota my grandparents had special places that only they knew about (or at least that’s what they told the grandkids). But I tend to believe because I can’t think of a time when we saw another human being when we were off exploring. My grandfather would take us to a special lake about a 30 minute hike from the road just for trout fishing. He would also take us for hikes along smaller streams because that’s where the animals liked to go for a drink. 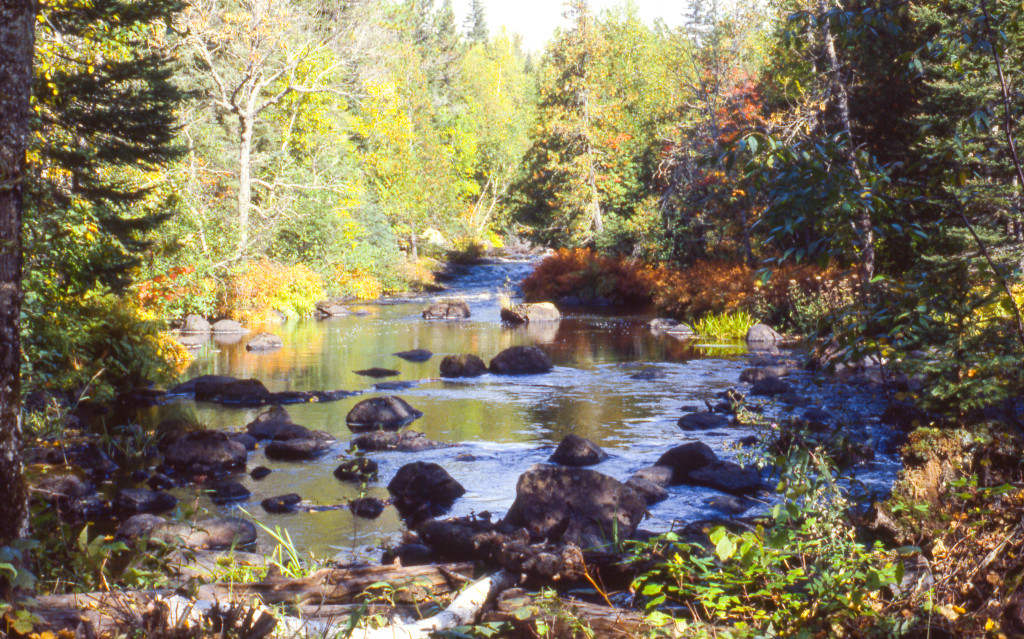 Spending time in Minnesota was always the highlight of my summer as a kid. It was beautiful, there were animals everywhere, and there were no chores, homework, or parents! I haven’t been back in a long time, but I’m going to try and get back next summer. Who wants to go?

*All photos in this post were taken by my grandfather, WIlliam Haas, at some point in the early 1980s. Digitized from Kodak slides.