A few years ago after my grandmother passed away my father and I found a box of photographs and documents in a closet. At the top were photos we recognized: family trips, cousins, weddings and births, but as we sifted through the box we went further back in time until finally reaching the turn on the twentieth century.

At the bottom of the box were photos of her father—my great-grandfather—during World War I, his Army discharge papers, and paperwork for things like apartment leases and life insurance. As we assembled the pieces a portrait of a man began to emerge.

In this series of posts I’m basing assertions only on the documents and photographs I found. If I can’t find a document to support something, I’m going to leave it out for now. Then, if I can, I’ll fill in the blanks in later posts.

We join our story already in progress in Europe, 1918. 27 year old Charles Gerber serving in the United States Army in France, having been inducted in December of the previous year. During the summer of 1918 young Charles had the opportunity to visit Nice, France, and Monaco with members of his company. 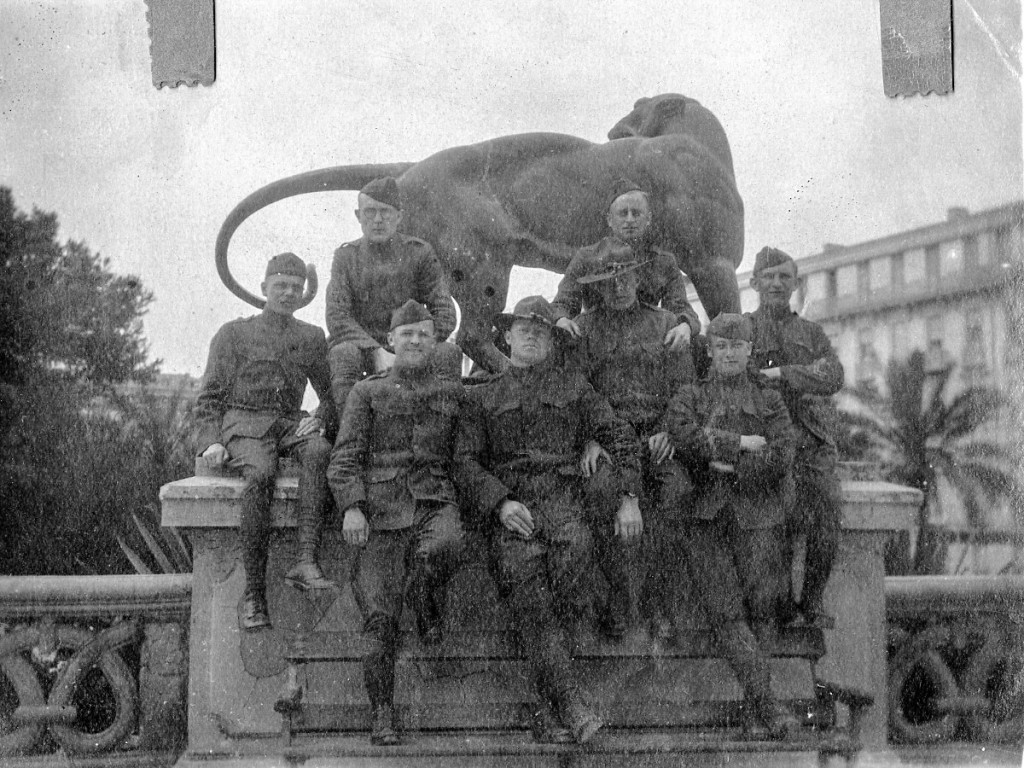 Members of Charles Gerber’s company pose for a photograph in a public park in Nice, France.

They saw the sights and visited the Casino at Monte Carlo. 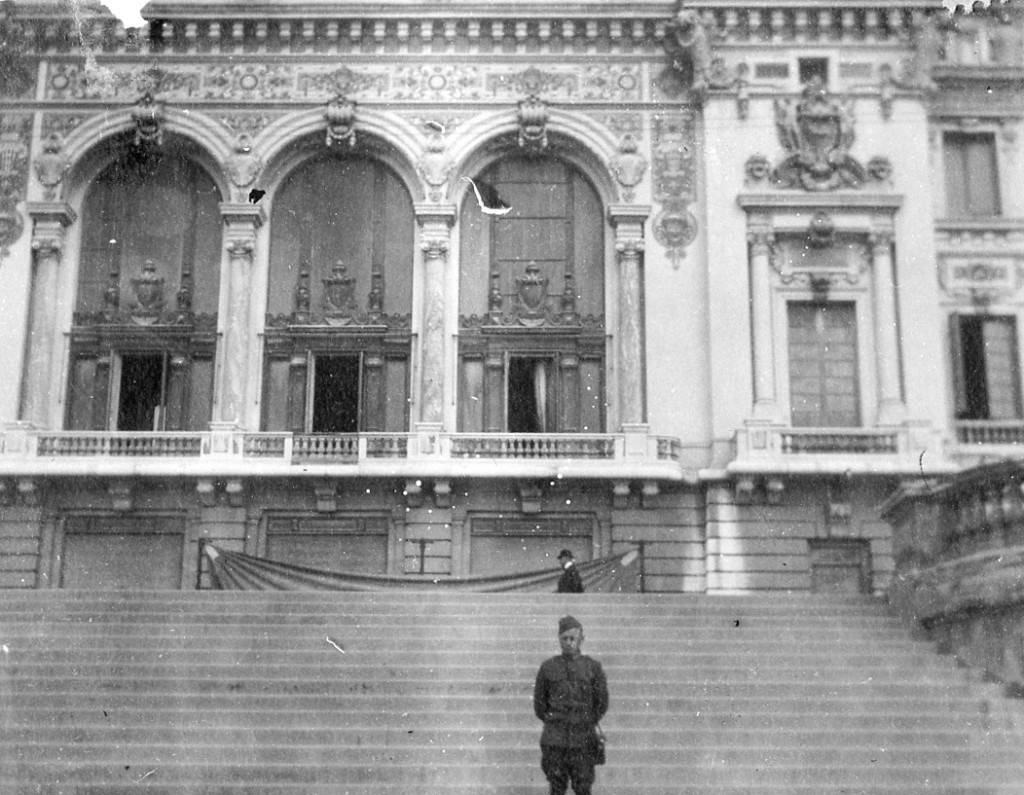 Charles Gerber poses in front of the Casino at Monte Carlo.

They visited the beaches along the Mediterranean.

Soldiers visit the beach along the Mediterranean Sea in France.

And they posed for a number of photographs in Nice’s public parks, including this one with some locals. 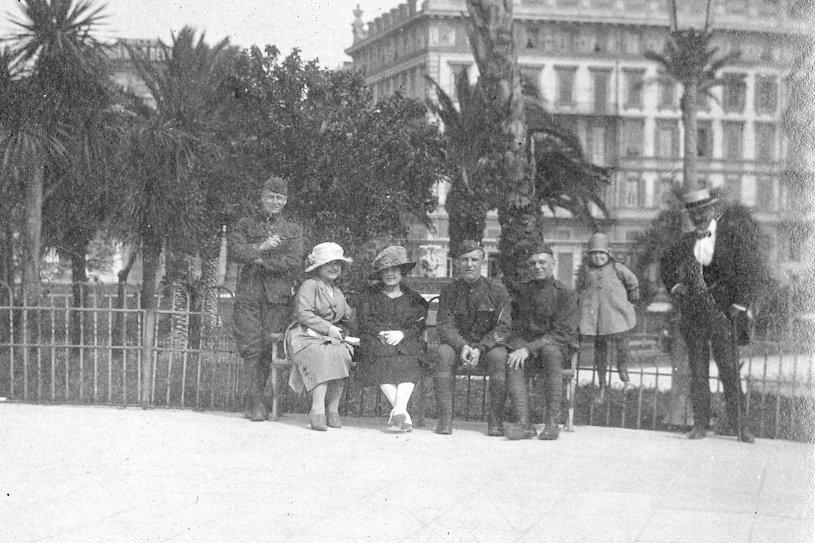 Original Caption: “These ladies are not our friends. We asked to have them sit in with us when we snapped the picture. You can readily see that they are pleased to accommodate the boys.”

Charles served in the Allied Expeditionary Force from March 1918 to July 1919, rising from the rank of Corporal to Supply Sergeant. On July 31, 1919, he received and honorable discharge and travel pay to New York from Camp Lee in Virginia. According to his discharge papers, he was sent back in “Good” physical condition with “Excellent” character. 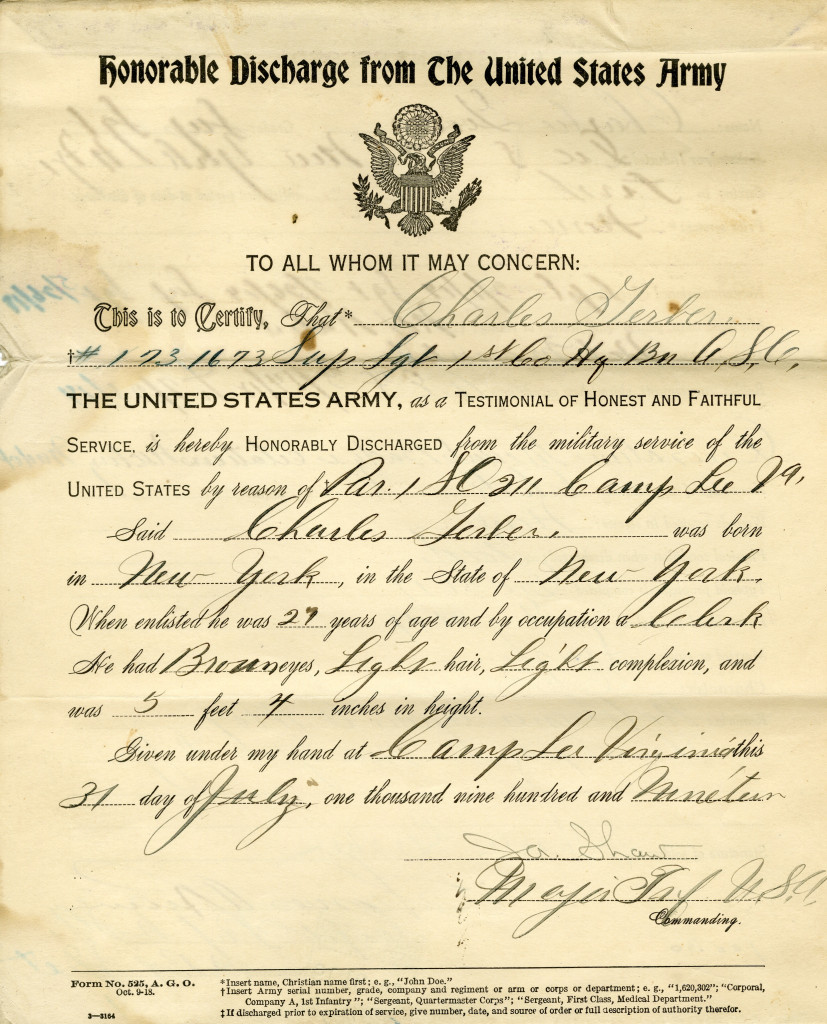 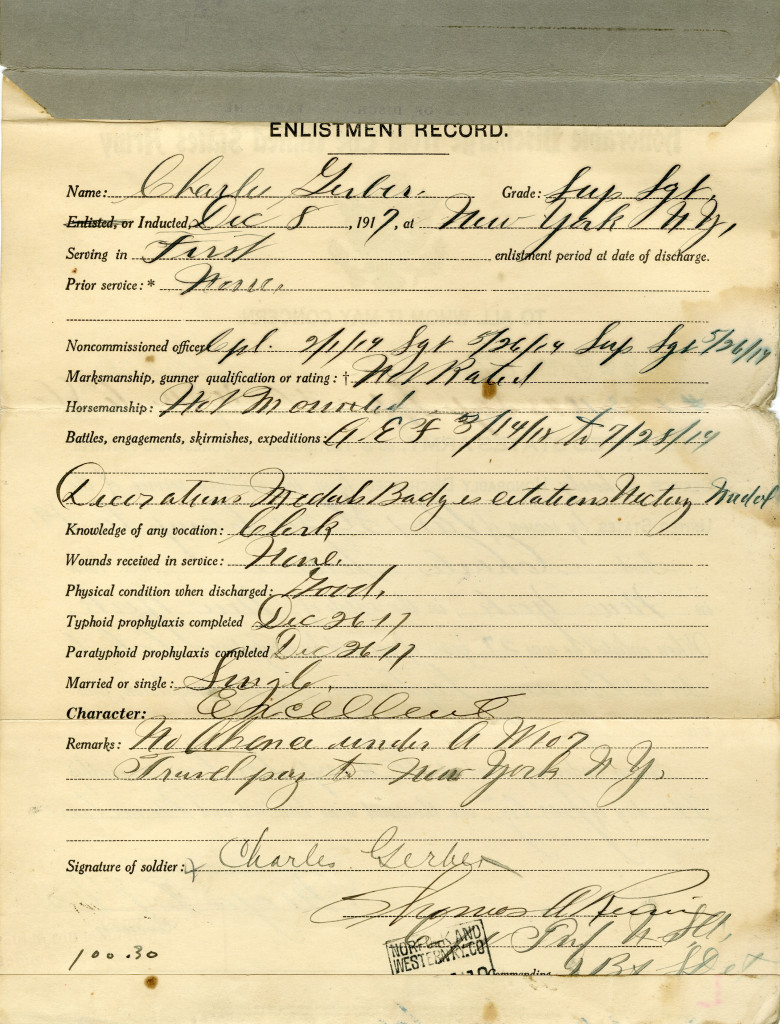 29-year-old Charles headed back to New York where the document trail runs dry for a few years. But after the war Charles obviously found love because he and Dorothy (Dora) Levy invite friends and family to celebrate their wedding on June 19, 1921. 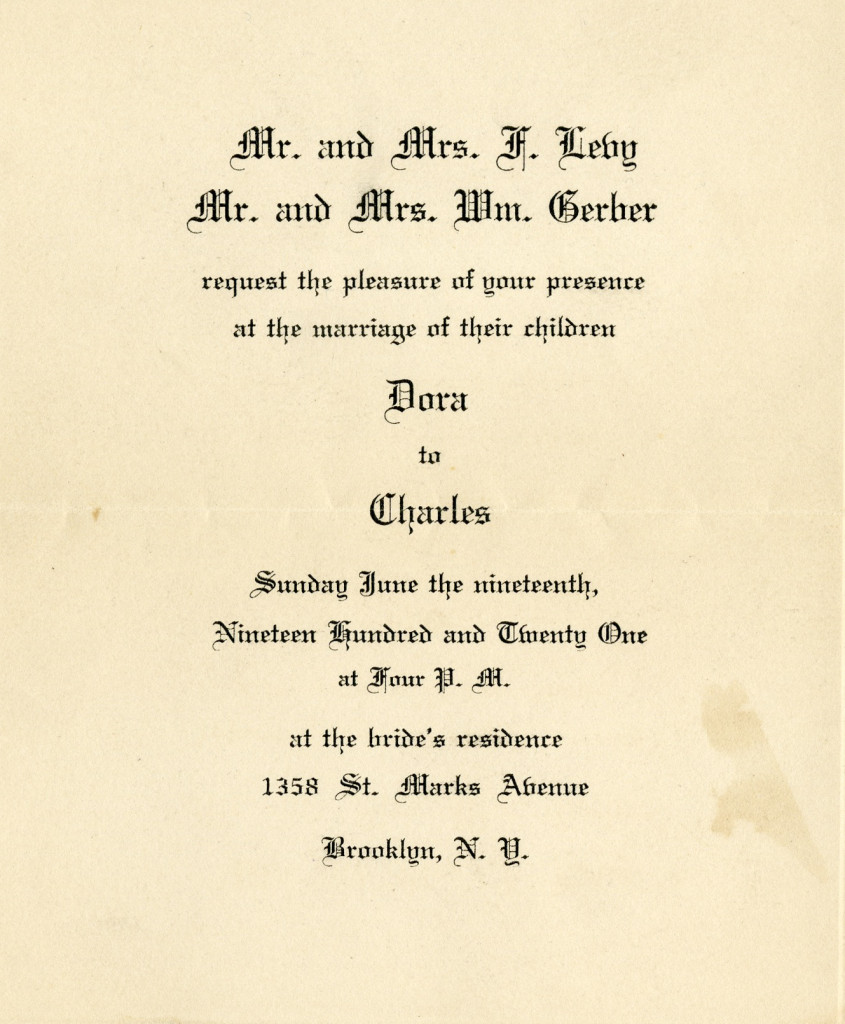