In order to requalify as a Chicago Transit Platinum member for 2014 I recently did a mileage run on the CTA’s Red Line and I think it deserves a trip report.

I set off from my house and made my way to the station a short distance away. One of the benefits of living where I do is the close proximity to the train. Because I’m a Chicago Card Plus holder, there’s no need to stop at ticketing, I can head straight to the gate if I want and that comes in handy on days when I’m running late. The Chicago Card Plus (soon to be the Ventra Card) offers two payment options, pay-per-use and monthly unlimited uses. As I’m only a CTA Platinum rider, the pay-per-use option makes more sense for me, but were I to move up to Chicago Executive Platinum or, dare I dream, Chicago Services, the monthly plan would make more sense. The good thing about CTA fares are that walk-up fares are the same price as advance-purchase tickets making spontaneous trips accessible. It’s nice that buying a last minute ticket doesn’t cost an arm and a leg.

Another great thing about the riding the CTA is the ability to do as many free same-day changes as you want. Want to take an earlier train? Just show up at the station and catch the next train. Had a meeting run late? No worries, there’s another train a few minutes away. No change fees, no need to reprint your boarding pass, just head right to the gate and you’re good to go. And the best part is this feature isn’t available just to Chicago Transit Elite members, it’s open to everyone.

Arriving at Granville Station, I had a few minutes to kill before my train, so I decided to pick up a paper and a bottle of water. The downside at Granville is that almost all of the amenities are before security, so you’ll need to give yourself a few extra minutes if you want to do any shopping. 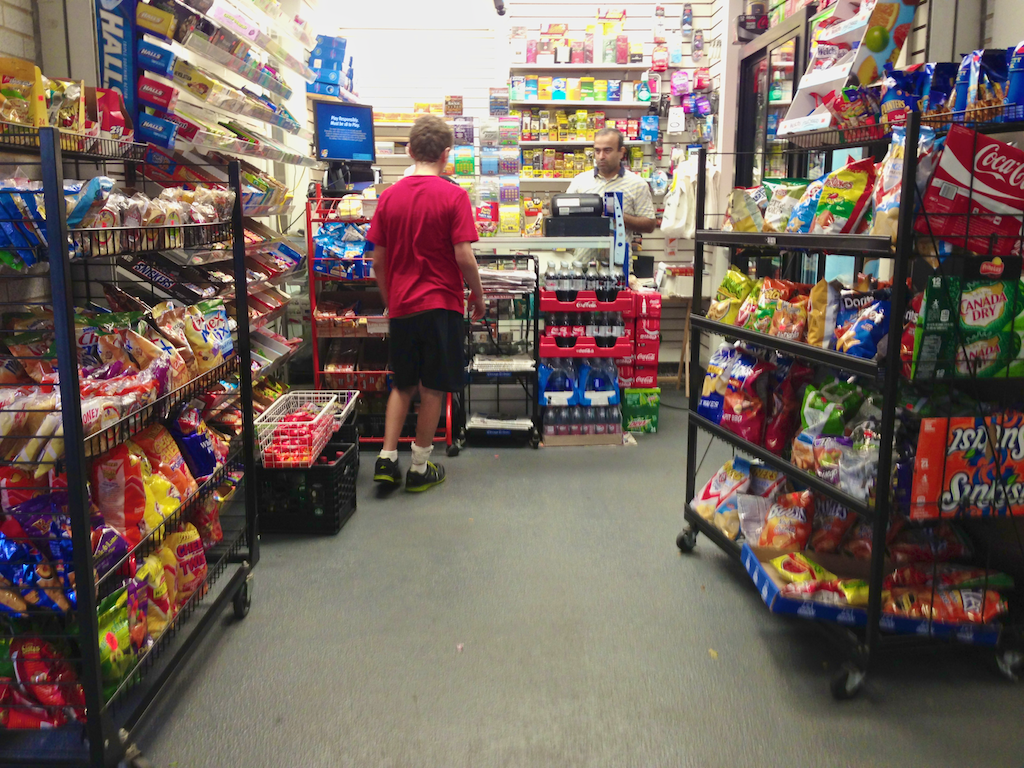 However, many CTA passengers leave behind such amenities when they are done using them. This offers the opportunity for acquiring free amenities should you find yourself without a drink, a snack, or some printed entertainment while aboard.

Boarding on the CTA is all automated and very similar to what Lufthansa has been working on in German airports. I touched my Chicago Card to the reader and I was through in seconds. 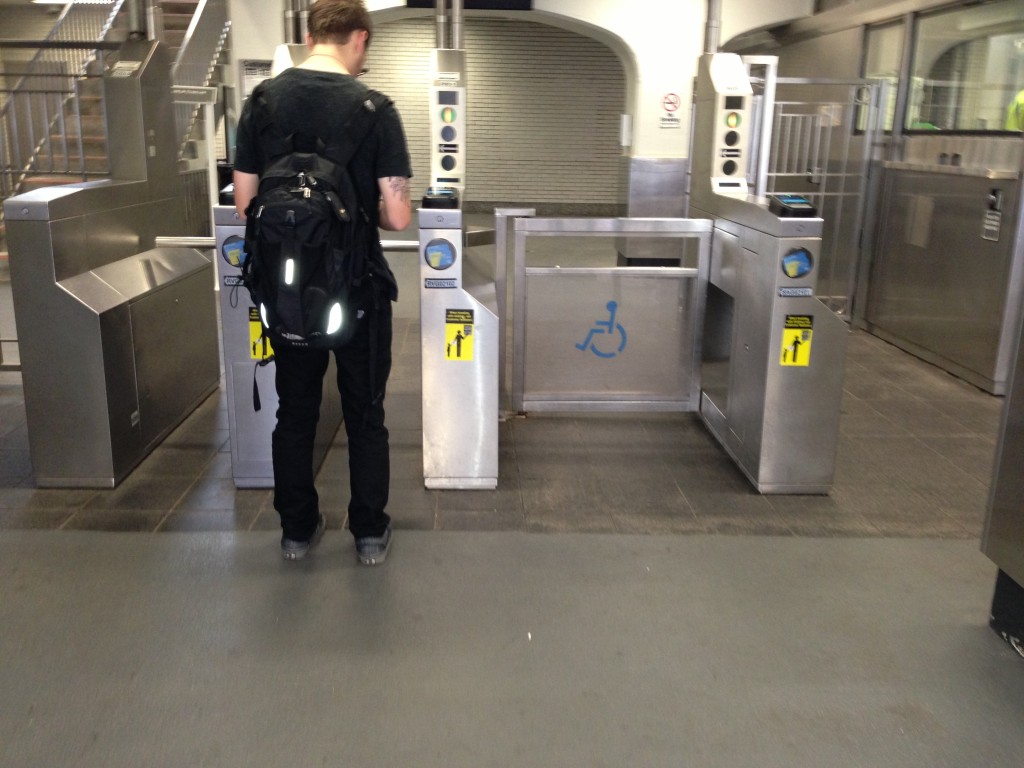 This really is an ingenious way to board and I can definitely see this being adopted across the travel industry. As this was a day-trip I had packed light, but there is a dedicated lane for those with larger suitcases and over-size items.

I was surprised to find that the lounge after security is quite spartan, with only a Coke machine for refreshment and literally no seating whatsoever. 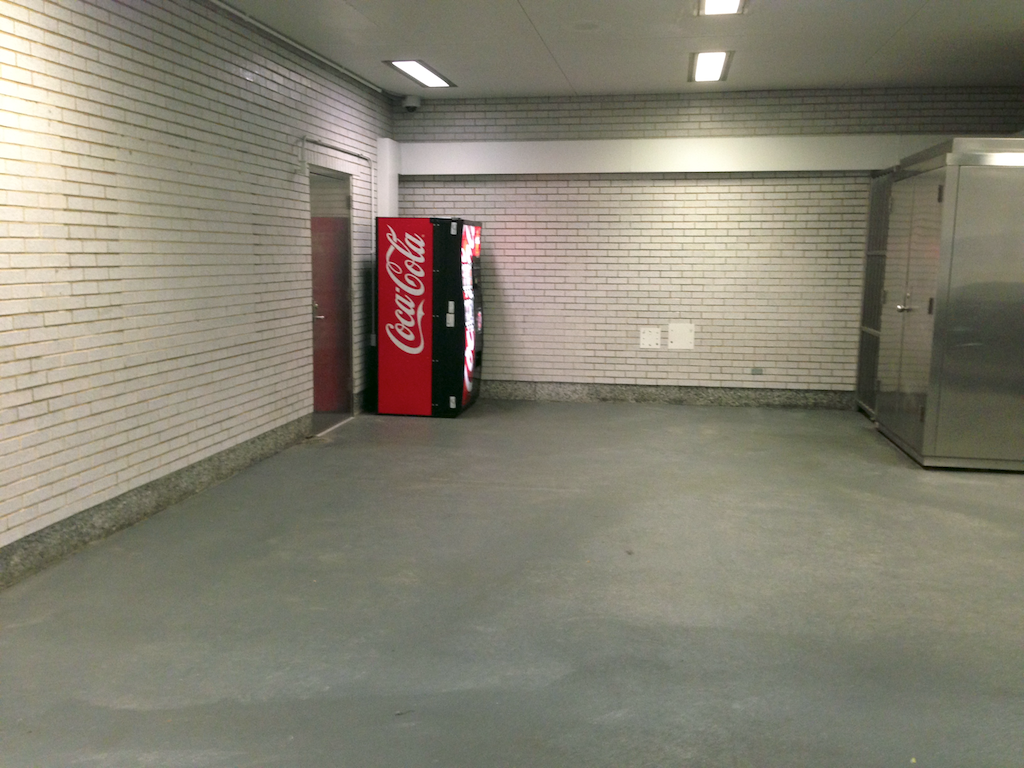 The post-security lounge at Granville.

Out at the gate area things aren’t much better. It’s a tradeoff, frankly. On the one hand, there are benches. On the other, passengers are completely exposed to the elements, save for a thin piece of tin that barely protects from the occasional light drizzle.

I headed up to the gate as it wouldn’t be more than a few minutes before my train arrived and I wanted to do my best to get a good seat. 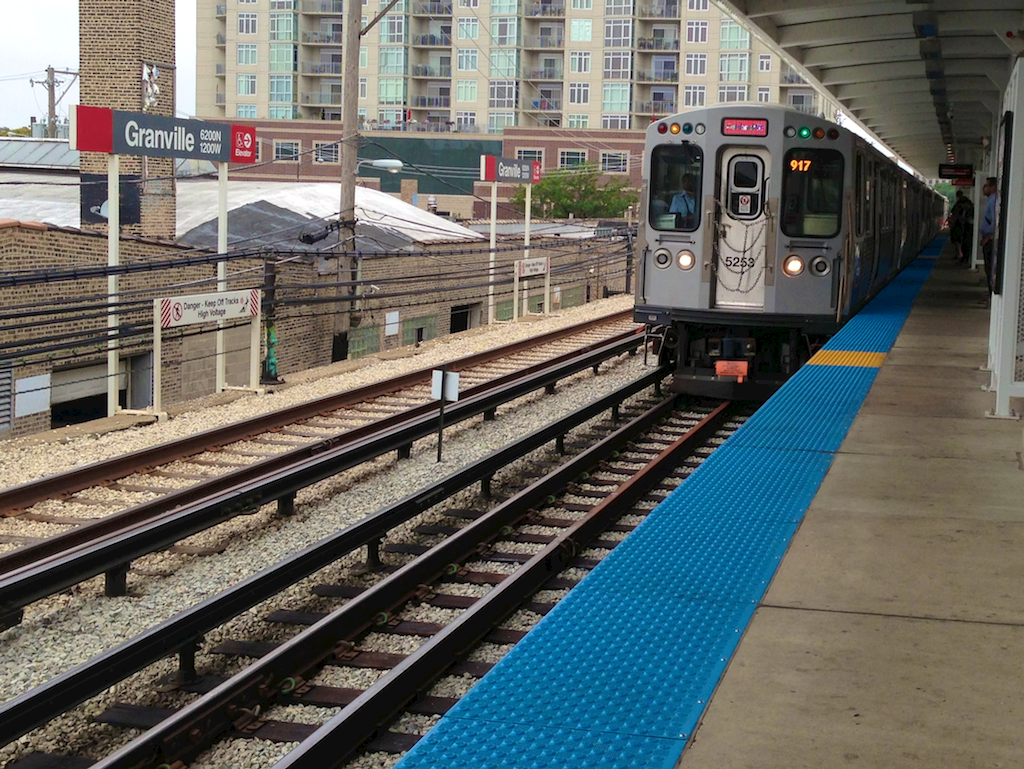 In Part II I’ll talk about boarding and the trip itself. I’ll also cover the seat map and a little advice on the best seats on the train.